Toronto, Ont. August 22, 2008: Tura Satana, best known for her starring role in Russ Meyer's 1965 cult movie Faster, Pussycat! Kill! Kill! appears on stage at The Bloor Cinema for SINS OF A SUPERVIXEN An Intimate Evening With TURA SATANA, to coincide with the Rue Morgue Festival of Fear 2008 Expo.

In her charming interview with Richard Crouse (host of Reel to Real) she talked of her secret affair with Elvis Presley, whom she gave dance lessons to early in his career. She still wore the engagement ring Elvis gave her. 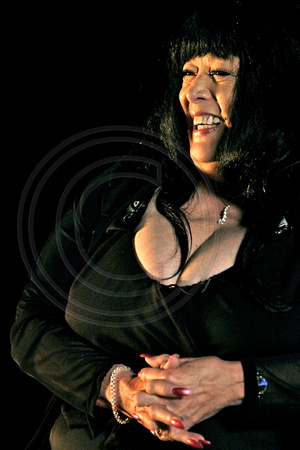