Toronto, Ont. Jan. 11, 2011: TTC crew and police investigate the scene of an accident on Queen St. W. at Niagara, where a streetcar dragged a pedestrian to his death at around 10:30 a.m.. Witnesses frantically tried to alert the streetcar driver, who finally stopped after travelling at least 600 meters before it came to a halt. Police confirmed dead at the scene is a man in his late 40s to early 50s, who attempted to cross the street mid-block and got lodged under the back of the streetcar. Queen St. W. between Niagara and Bathurst remained closed for most of the day for the investigation. 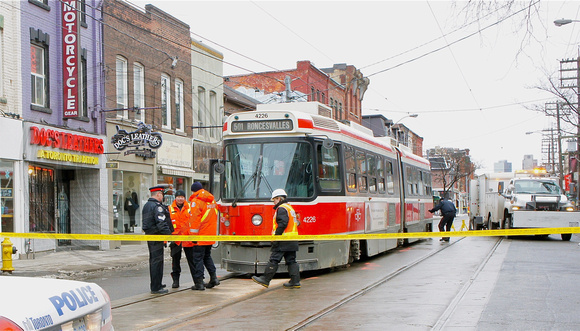