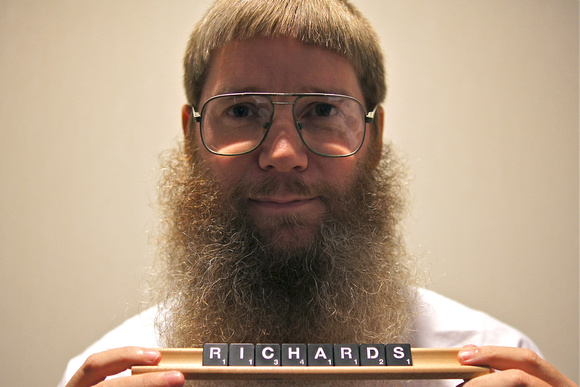 Toronto, Ont. Sept. 25, 2011: Nigel Richards, 44, From New Zealand, is the only two-time World Scrabble Champion after winning the 2011 title. Here Richards poses with his Scrabble rack mugshot-style, in between games at the Toronto International Scrabble Open and Human vs. Computer Showdown, three weeks before winning the championships in Warsaw, Poland. He is a shy and reclusive man. It took a lot of coersion to get him to pose for this photo.