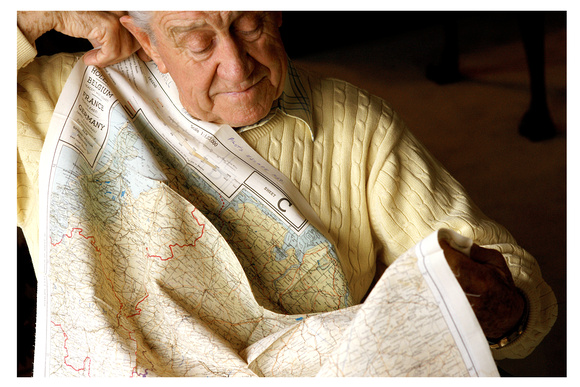 Belleville, Ont. November 8, 2007: Colonel Cyril Yarnell, 87, examines his pilot's escape map, made of the finest silk, that he kept from when he flew in WWII. Col. Yarnell will speak at a Remembrance Day banquet on Sunday night at the Belleville Veterans Council.
"For some, their ships have returned to safe harbour. For some, their chattering guns have been set aside. For some, their aircraft have returned to base, with their once roaring engines, now silent" — Col. Yarnell
© ROGER CULLMAN PHOTOGRAPHY
Powered by ZENFOLIO User Agreement
Cancel
Continue